Electrochemical cells are usually classified as either galvanic or electrolytic. In galvanic cells, reactions occur spontaneously at the electrode–electrolyte interfaces when the two electrodes are connected by a conductor such as a metal wire. Galvanic cells convert chemical energy to electric energy and are the components of batteries, which usually contain several cells connected in series. 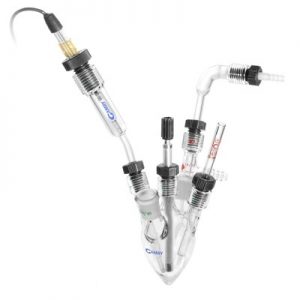 Current and potential (or voltage ) are the two electrical variables of greatest interest in electrochemical cells. Current is related to the rate of the electrode reactions, and the potential, to the cell energetics.

Electrochemical impedance is usually measured by applying an AC potential to an electrochemical cell and then measuring the current through the cell. Assume that we apply a sinusoidal potential excitation. The response to this potential is an AC current signal.