Until a couple of weeks ago, many people may not have even heard of Nyquist.  However, if you are an electrochemist the name Nyquist has a meaning unknown to many. 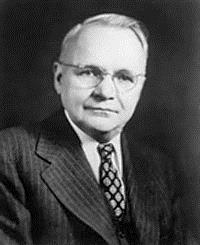 He worked at AT&T’s Department of Development and Research from 1917 to 1934, and continued when it became Bell Telephone Laboratories, until his retirement in 1954.  As an engineer, Nyquist did important work on thermal noise, the stability of feedback amplifies, telegraphy, facsimile, television and other communications problems.  He helped to develop AT&T;s first ‘Fax’ machine made public in 1924.

Then there is Gustav Nyquist, a Swedish professional ice hockey player for the Detroit Red Winds.  Nyquist made his 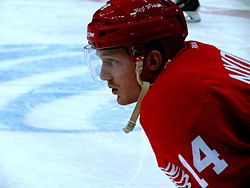 professional hockey debut with the Red Wings AHL affiliate in March 2011 and his NHL debut 8 months later in November of 2011.  Nyquist made the Stanley Cup playoffs in April 2012 and signed a 2 year $1.9 million contract with the Red Wings for the 2013-2014 season.  March of that season, Nyquist was named NHL’s First Star of the Week and finished the  season with 28 goals.

Which brings us to the Nyquist of 2016, an American Thoroughbred racehorse and winner of the 2016 Kentucky Derby.  He became the eighth undefeated winner of the Kentucky Derby, and the first since 2008.  He is currently owned and trained by the same team who won the 2012 Kentucky Derby with I’ll Have Another, J. Paul Reddam and Doug O’Neill. As Reddam is a fan of ice hockey, he named the colt after Gustav Nyquist.

For the Kentucky Derby on May 7, Nyquist drew post position 13 in a field of 20 going off as the 2-1 favorite.   Nyquist broke well and sprinted to the lead to establish position close to the rail. Danzing Candy rushed up on the outside to set a very fast pace. Gun Runner tracked in third and then moved to the lead when Danzing Candy started to tire around the far turn. Nyquist responded and drew away from the field at the head of the stretch, then withstood a sustained drive by Exaggerator to win by 1 1⁄4 lengths.

As of this writing, Nyquist arrived in Baltimore, MD one week ago. with little recovery time from the Kentucky Derby.  Nyquist is considered the strong favorite for the May 21st Preakness.  The Preakness is the 2nd leg of the Triple Crown.  Entries for the Preakness will be taken on May 18, the Wednesday prior to the race. A maximum of 14 can start in the race.

The track for the Preakness is 1 3/16ths of a mile, or 1/16th of a mile shorter than the Kentucky Derby.  Nyquist being a ‘tactical’ runner the shorter track will not really make a difference.

Let’s see if we can have back-to-back Triple Crown winners!  It has happened before.  In 1977 with Seattle Slew and 1978 with Affirmed.